We then made good progress through to Sidi Ifni, an old Spanish enclave which had only been hand back over to Morocco in 1969! Sidi Ifni is a seaside town popular with surfers and which has a very laid back atmosphere. The walls are whitewashed and doors painted blue. 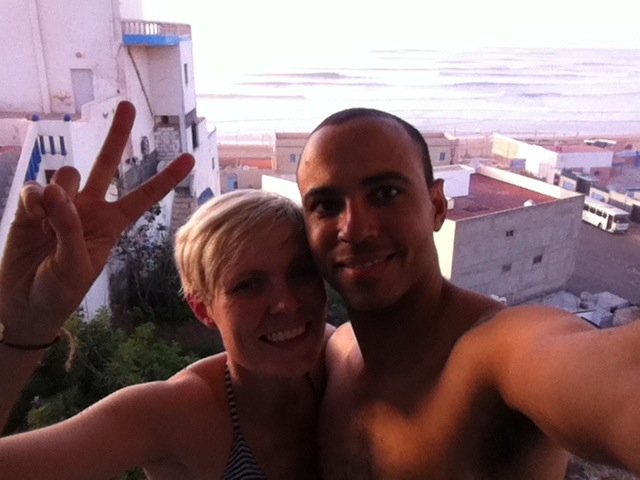 We loved the sea-view room we found (Hotel Suerte Loca, room 12) and decided to spend two night and recharge our batteries. We swam for the first time on this trip but the current was so strong that we couldn’t go very far. We also attracted some attention as Louise was only one of three women in a bikini and some others were in Burkinis (burka bikini). That being said i think we weren’t out o bounds as this Was quite a laid-back place. We met Garth, an Australian doing what any respectable Ozzie does; travelling. He had spent some time volunteering in Cameroon to improve his French and was now visiting Morocco before going to eastern Africa and then meeting up with his girlfriend in Europe. I really like that in Australians and I think we should encourage our youths to all do gap years to see the world. 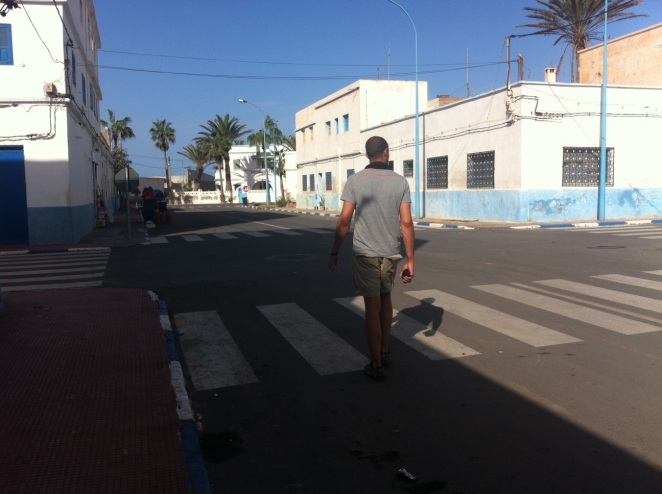