The last stretch of road to Rabat brought us back to the 21st century. The back roads we took between Ouezzane and Souk El Arba du Rharb saw us in real rural, agricultural Northern Morocco. We rode through beautiful rolling hills with bare fields and beaten road surface. We crossed tiny tin shack villages and had our first picnic on the side of the road – sardines, bread and bananas – sheltered from the strong wind by our bikes. We then emerged at the back end (literally; the dumping ground) of Souk El Arba and saw what can only be described accurately as a souk… hence the name I suppose. Thousands of people were trading goods and food, mechanics were wrenching on old cars and tractors and no one looked both ways before crossing. The number of fat sheep being pulled around must have rivalled that of turkeys in America in this Thanksgiving season. The difference is that for Eid, the Muslim holiday, Moroccans buy a whole live sheep and push, pull and carry it all the way home! And there must be something in the air because none of them go easily; I reckon they know what’s coming. On a different note I spotted booths for public scribes (ecrivain public)! Talk about a different era… 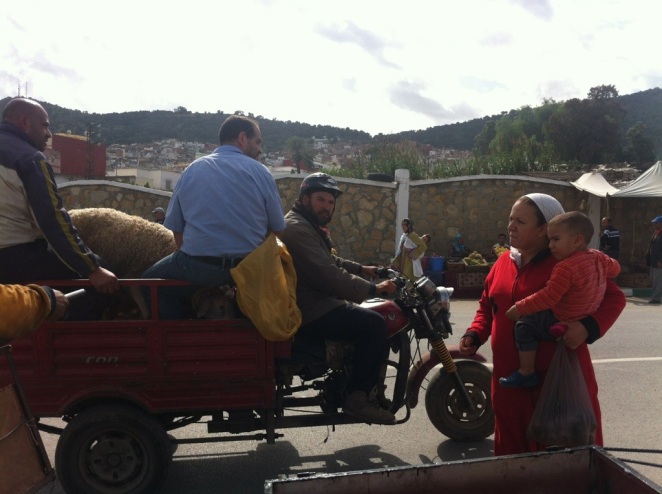 On arrival in Rabat we crashed at our hotel, Hotel Central (past it’s colonial glory but adequate and well situated). The road had been exhilarating but long and exhausting. We also knew that we needed to do the dreaded visa procedure at the Mauritanian Embassy the next morning. Most overlanders will have a story to tell about this. What we had heard didn’t sound good at all. We’d been told in Chefchaouen that they had stopped issuing visas, that an American biker had to drop his plans of riding in sub-Saharan Africa because of this. Tommy of http://www.rtwdream.com was at the embassy 12 days ago and wrote on his blog that it took him several attempts and that hundreds of people had also tried their luck amid scenes of chaos…a knife was nearly drawn too! So with this in mind we woke up at 5:30am so as to be first in line and secure a “hearing” with the guy with the rubber stamp and the shiny suit during the Embassy’s working hours; 9:30am-11am. Upon arrival we were indeed the first and were joined slowly by about a grand total of 12 very friendly overlanders like us, all with interesting travel stories to tell! We all had a nice chat, shared dried dates and the more seasoned helped the others fill in the paperwork… We spoke at length with Robert, a retired South African who had sold his house in Scotland and was making his way down to Cape Town on a Ural side-car outfit. Robert has no planned route and all the time in the world.

So our time outside number 6 Rue Thami Lamdouar couldn’t have been a nicer experience! I think our timing was good though. Tomorrow is the Eid; this probably means that everyone who had to go back to their families south of the Sahara were in the same queue as Tommy; those that showed up today were not desperate to get home on time for the celebrations.

With our passports safe at the embassy waiting for another stamp (and, I’m sure clearance from the Mauritanian secret service database…right!) we set out to sort something that had been bothering us since our entry; Moroccan bike insurance. We have all medical and travel insurance but third party motorcycle insurance needs to be purchased in Morocco. We had planned to buy it at the border but all the agencies were already closed. We then thought we could get them in Chefchaouen but none would insure us; “only in Fes and Tetouan” was the common answer. So we walked a thousand miles and then a thousand more to find an insurance company in Rabat that would insure our foreign bikes. After many attempt at finding the elusive “assurances Hazzan” we came across the lovely Housna, a 22y/o computing student who told us she didn’t know where it was but she would walk with us and help us find it. How nice! After a 30min walk and a good chat with Housna we finally found it! (FYI for overlanders it’s Axa assurance 87 avenue de la Resistance assazam@menara.ma) They relieved us of 1200Dhm and the worry of riding uninsured.

We could then enjoy what all the walking had made obvious to us; Rabat is a really nice city! I’m impressed by it; it is clean, has beautiful colonial architecture and a laid back attitude despite its bustling energy. The best in my mind is that it’s people are extremely friendly and at no point were we hassled by anyone. To the contrary, everyone wants to help or give us something to taste and there’s lots of traditional goodies around for Eid. I would recommend visiting Rabat to anyone who wants to experience the real urban morocco; as I write we have just come back from a long walk in the huge medina which by far beats that of Marrakech. When I was there 6 years ago I was disappointed at how much of a tourist attraction it was, with all the negative implications. Rabat, on the other hand, is authentic and very friendly. No hassle.

Oh, and I forgot we dipped our toes in the Atlantic Ocean; pretty cool to have ridden until here. 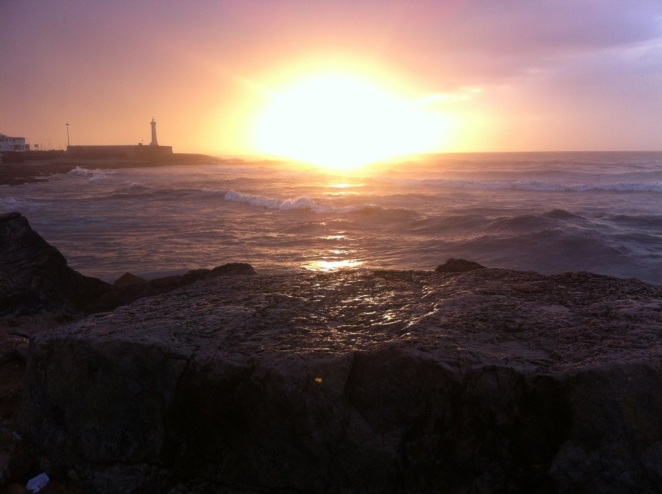 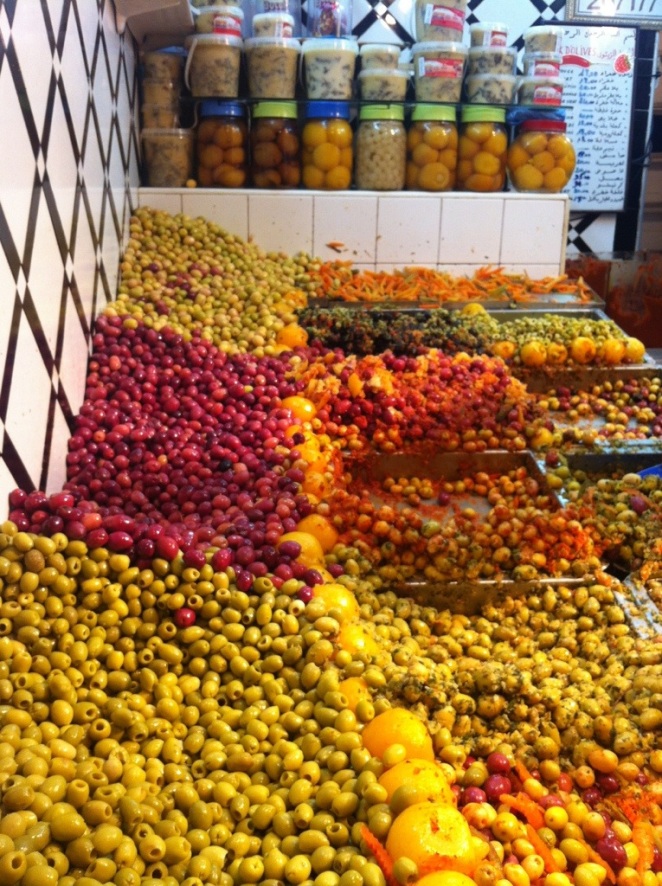